I have fixed my PS4 Pro

This is like attempt ... fuck idek. Four. I think. Maybe five. Because I think I took it apart once just trying to see if the laser lens just needed cleaning or something.

The attempts do include trying to install two drives from iFixit that aren't compatible because very early PS4 drives were different somehow - and I have one of those - and then swapping them back out.

Those attempts also included having to take apart each drive in each case, because the incompatible drives' ribbon cables were too short, which was a hint that something was up, but I just figured, eh, the cable's a bit short, I can use the old one. (Obviously, that was wrong.)

So for the record, if you have a very, very early PS4 Pro with the long optical drive cable, iFixit’s replacement drives are not compatible, and what you need is to replace this KES-496A laser optical pickup subassembly, which you can find from sellers on eBay: 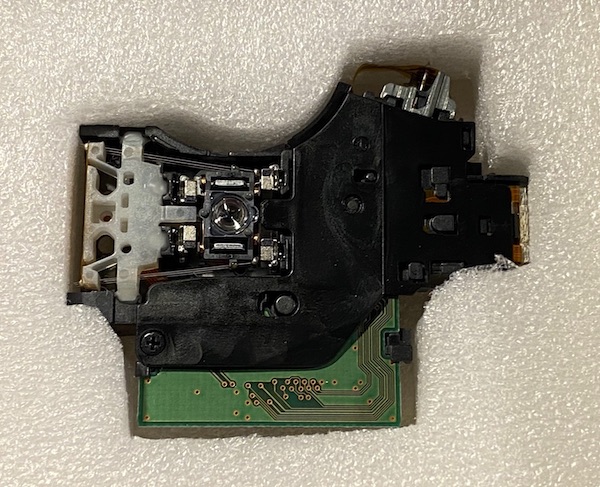 And the part people won't know but that makes this so much worse is that to get to the optical drive of a PS4 Pro you literally have to take the console all the way apart, and I do mean all the way apart, so every disassembly/reassembly means shit like "reapplying thermal paste on the CPU." It takes me a solid hour to tear down and put back, and I already know what I'm doing.

That does not include, for the record, taking apart the optical drive and tearing it most of the way down to replace said subassembly.

I can now say figuring out how to do that - and to put it back together - takes another hour.*

It also takes a lot of determination.

And some very small tools.

*: The subsequent repeat of the optical drive teardown/rebuild because you didn't realise there's a tiny piece of plastic not included with the replacement part because it's not part of the laser pickup head assembly, it's part of the drive rail guide, so you have to do it again, only this time transferring the rail guide over too? That's much easier, and only takes about 10-15 minutes now that you know what you're doing.